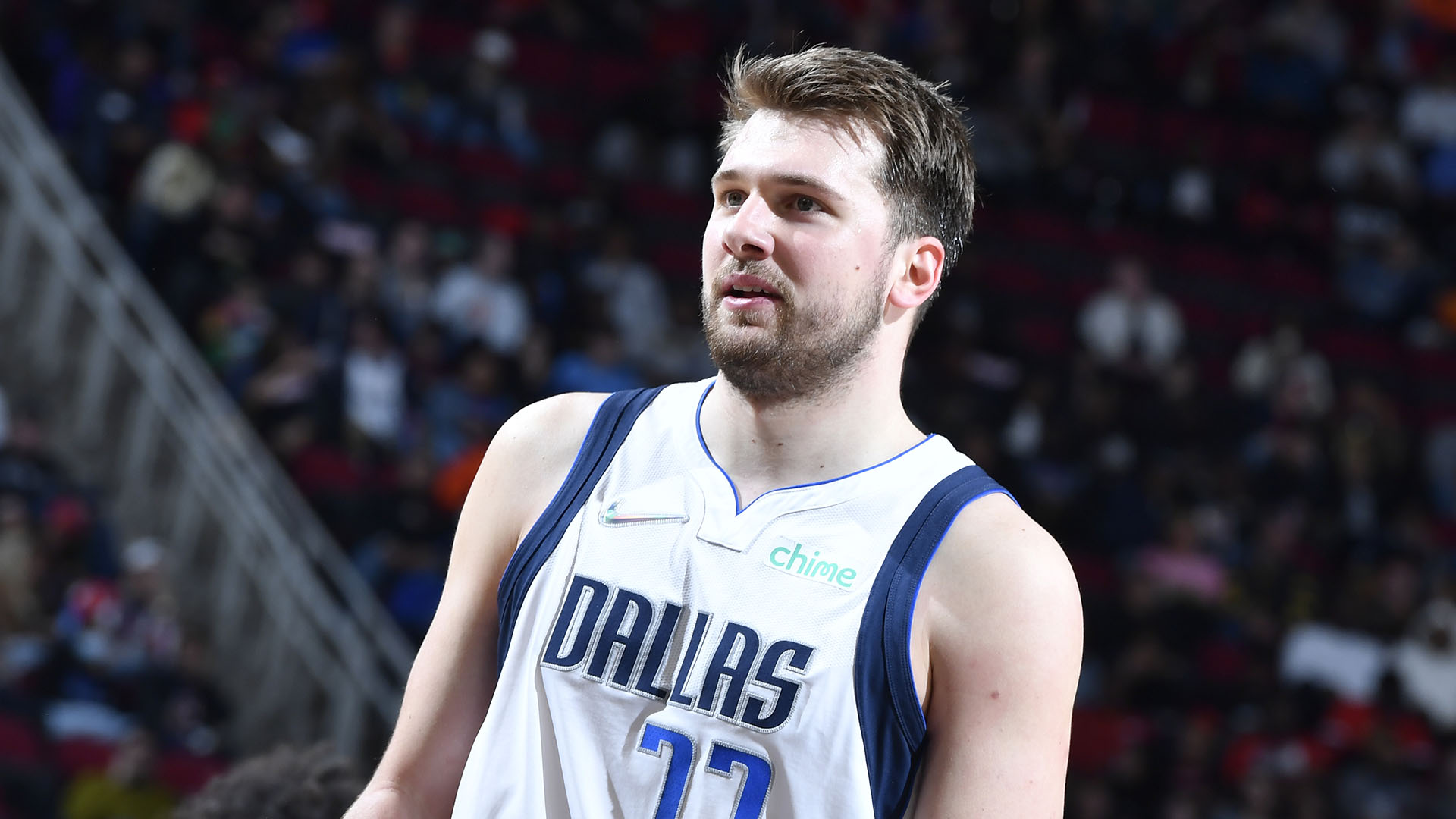 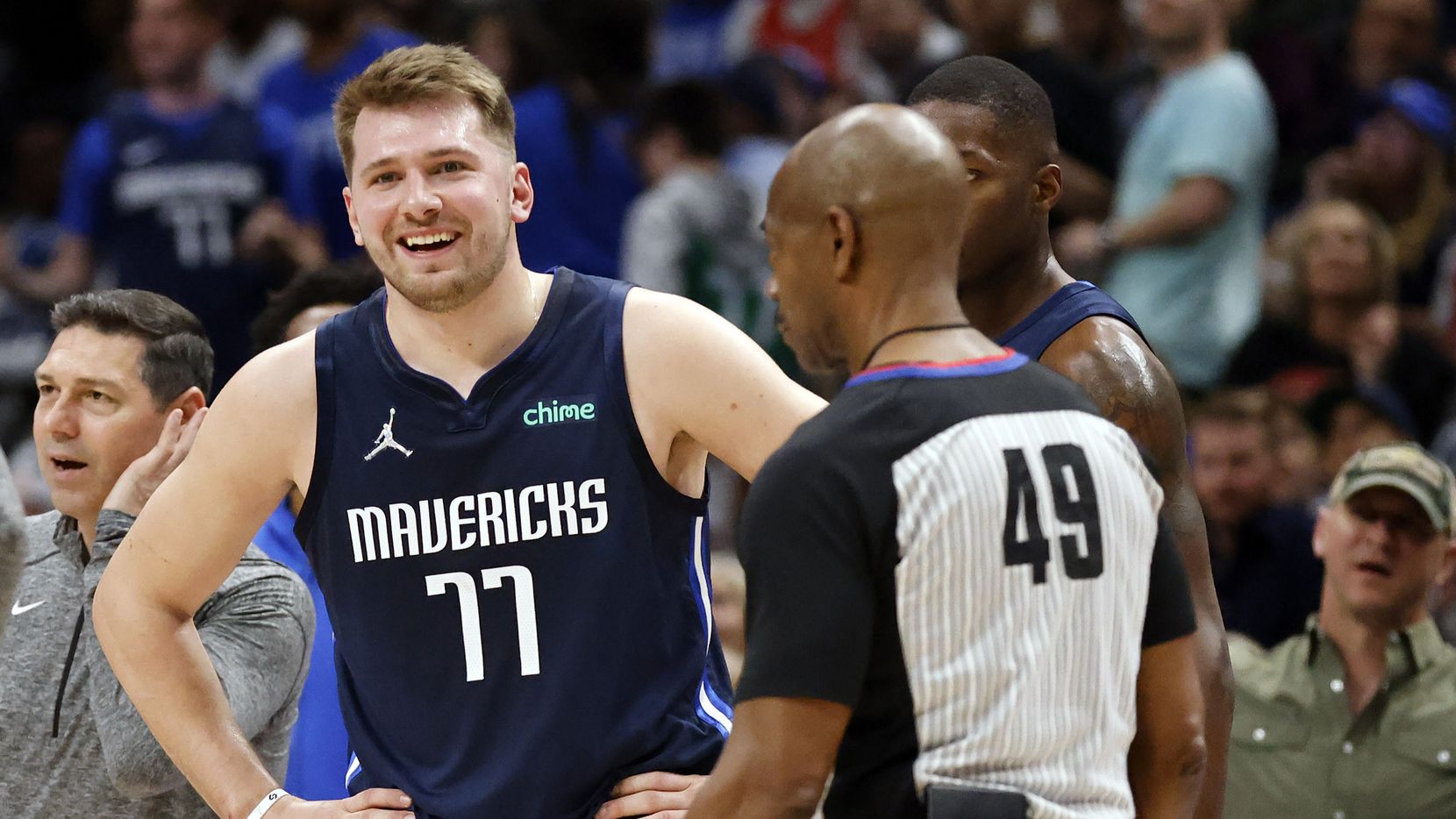 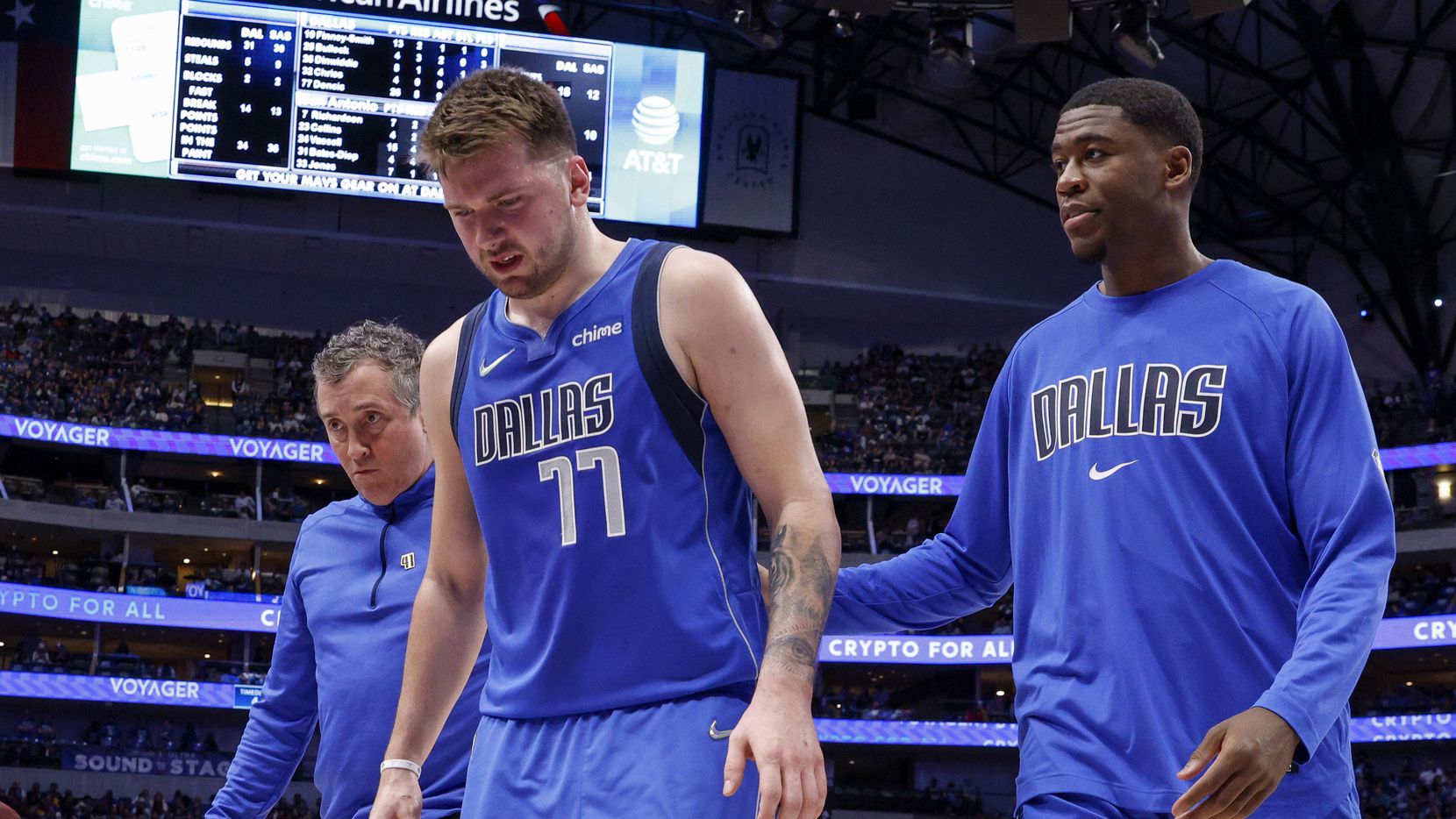 Circumstances suggest Luka Doncic's injury could, and should, have been avoided.

As Luka gives the ball up, you see that we have a screen on the hand off, and another one here from Powell for him to curl.
So as Wiggins gets bumped on the first one, and then on the second, there’s no help from the Warriors so Doncic has this space to just raise up from downtown, and you already know the result.
This is the last thing you wanna do against Luka, but thankfully for Golden State, they did a bunch of things right to stop him and in this video I’m going to break it all down.
What up everybody, my name is Stefan and this is Heat Check. Let’s get into it.
The Warriors had Wiggins on him as their most athletic defender. And he did a pretty good job contesting and closing out.
But we know that the name of the game with Doncic is the pick and roll and involving a guy who they want to target for a switch. Mainly Steph Curry and Kevon Looney.
The actions involving Steph were guarded by hedging, meaning that he just pops out like this to allow a split second time for Wiggins to recover and get back.
This is an interesting one because Curry hedges again, but Dinwidie holds the screen more and actually changes the angle to bump Andrew away. However with Luka driving, Poole steps in from the corner and Porter splits the difference between these 2 guys out here to guard for the pass. That allows Wiggins to get back in the play, just in time for the block.
And check out this one. The Mavs try to bring out Curry from over here, but Golden State does this thing called pre-switching. You see how Steph’s guy goes over to set the screen but him and Draymond switch it so now he is guarding the pick. Bullock doesn’t even set it here, so eventually Brunson comes over and Curry hedges again and sprints back to his man. But he’s trailing so Draymond steps in and we got a great rotation outside by Steph which forces the pass to the corner that’s already being tightly contested.
With the shot clock running down, Dinwidie has to force one up and Klay blocks the heck out of it. Great execution.
In this situation Poole even stays longer here for a bit of a soft double. This catches Luka by surprise and allows Wiggins to make a play on the ball and ultimately force the turnover.
They also tried zone for a few possessions and you can see here it throws Dallas off of their game. And it ends with Brunson taking a contested shot and missing.
According to the advanced metrics, Golden State played zone on 8 possessions and 7 of those were empty possessions for the Mavs.
Then we got a few instances where even tho Luka wanted to get the switch, Curry and Wiggins would trap, forcing him to go left and funneling him towards the help defender.
This resulted in live ball turnovers and fast break points for the Warriors.
To me, the switches with Looney were more interesting and I see more of an opportunity there for Dallas.
First of all as you can see in these examples, to his credit Looney did a terrific job trying to stay close and this is as good as you hope that the big man can defend the switch.
However I do feel like there are going to be games where Doncic will make a ton of these shots and there’s nothing that Golden State would be able to do about this.
Speaking of open shots: The Mavs overall missed a bunch of those. I mean, just look at this sequence where all 4 three pointers were completely wide open, yet they weren’t able to capitalize on the opportunity.
They shot 11-48 that’s 22.9% from downtown, and I do not expect them to have a bunch more of these games.
What could be a point of concern however is Luka himself who was kind of grimacing and wincing due to some pain in his shoulder.
Hopefully this won’t have long term effects on the series since I fully expect this one to be a long one for us to enjoy.
What did you see in this opening game? Is it replicable? Let me know in the comments. That’s it for now, subscribe and talk to you in the next one. Peace out.

Circumstances suggest Luka Doncic's injury could, and should, have been avoided 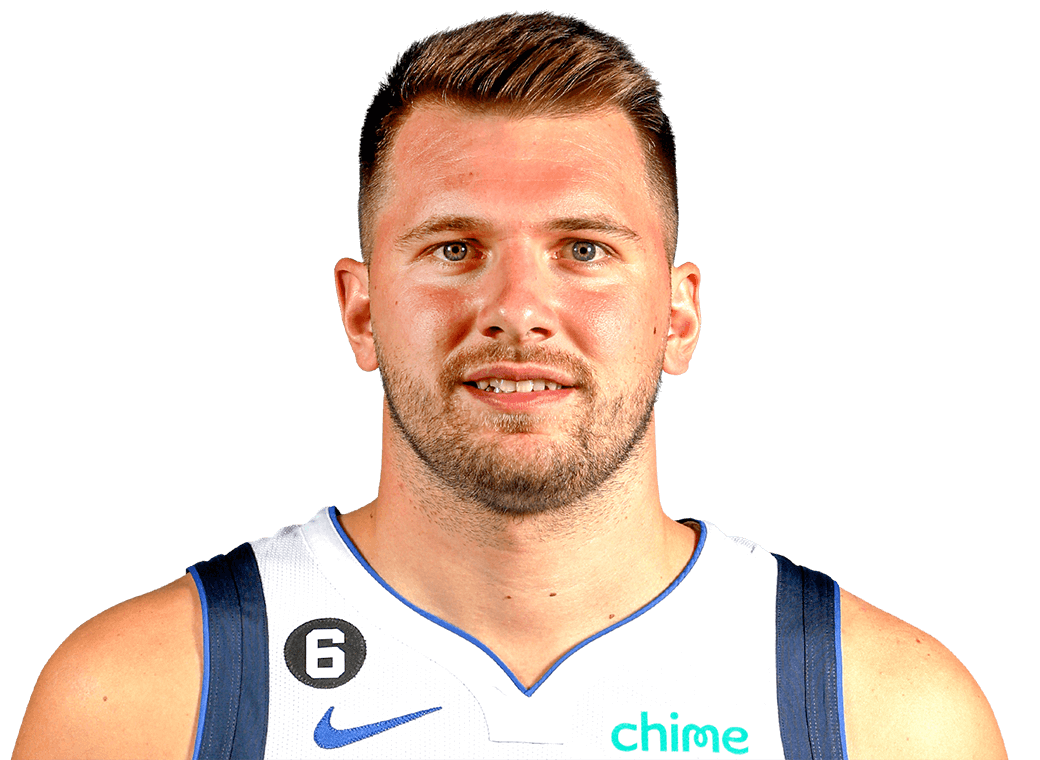 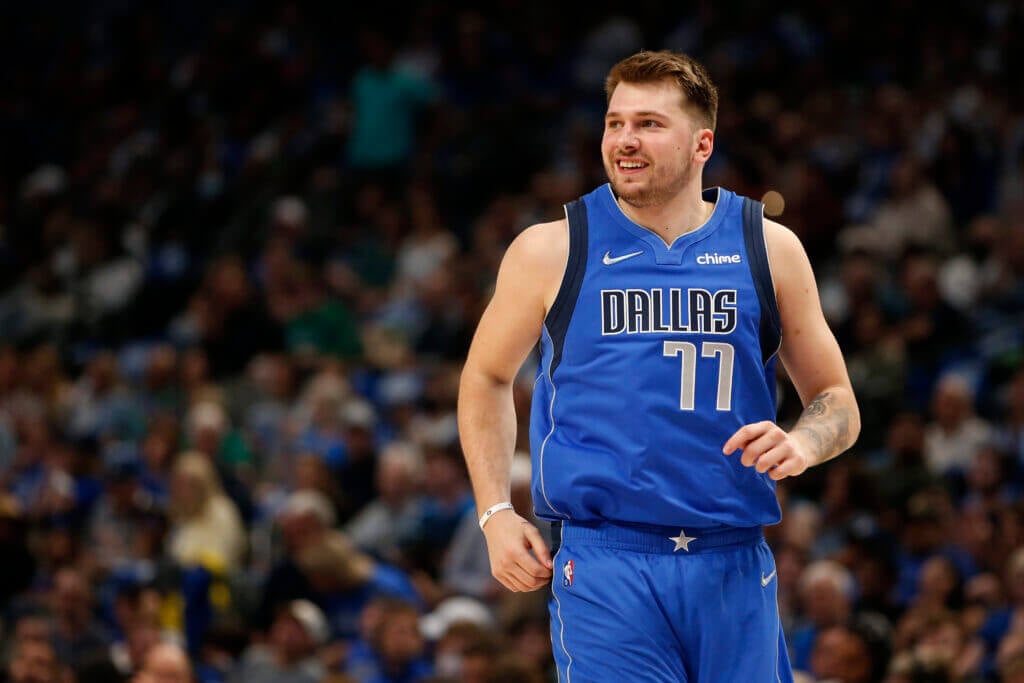 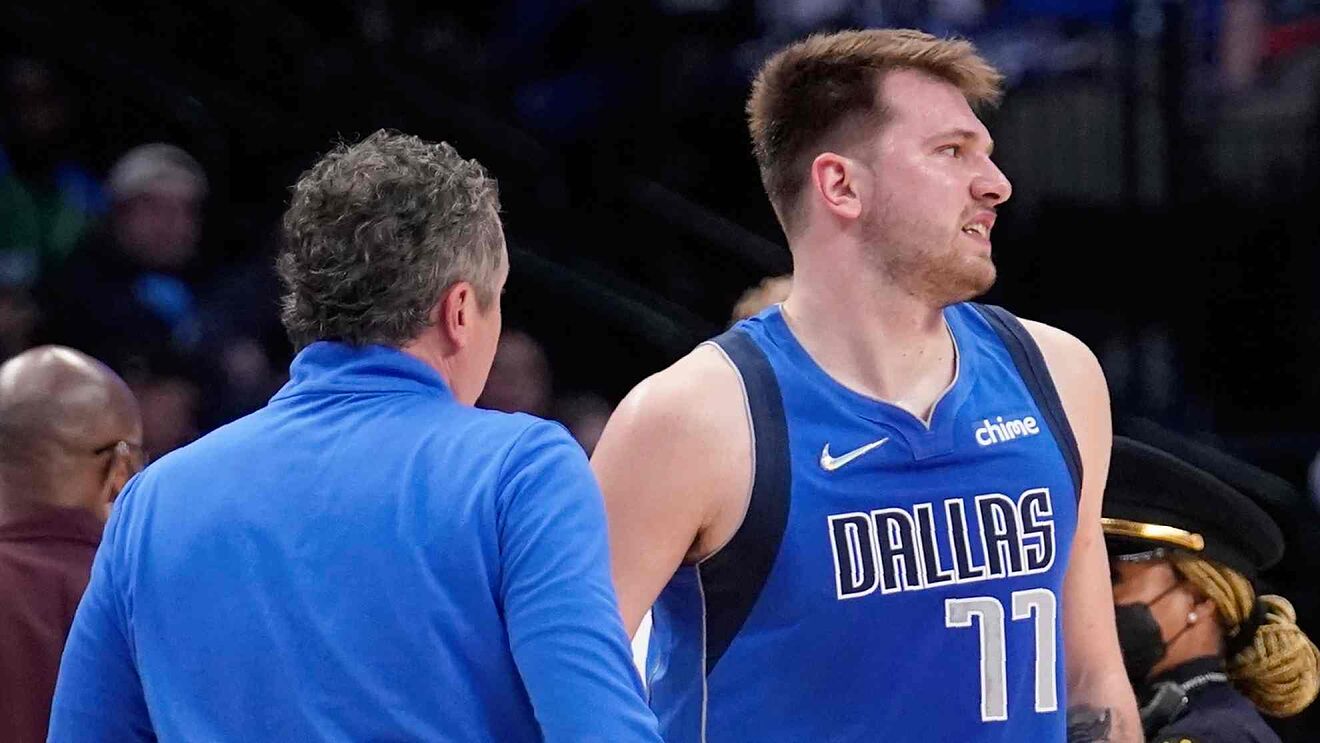